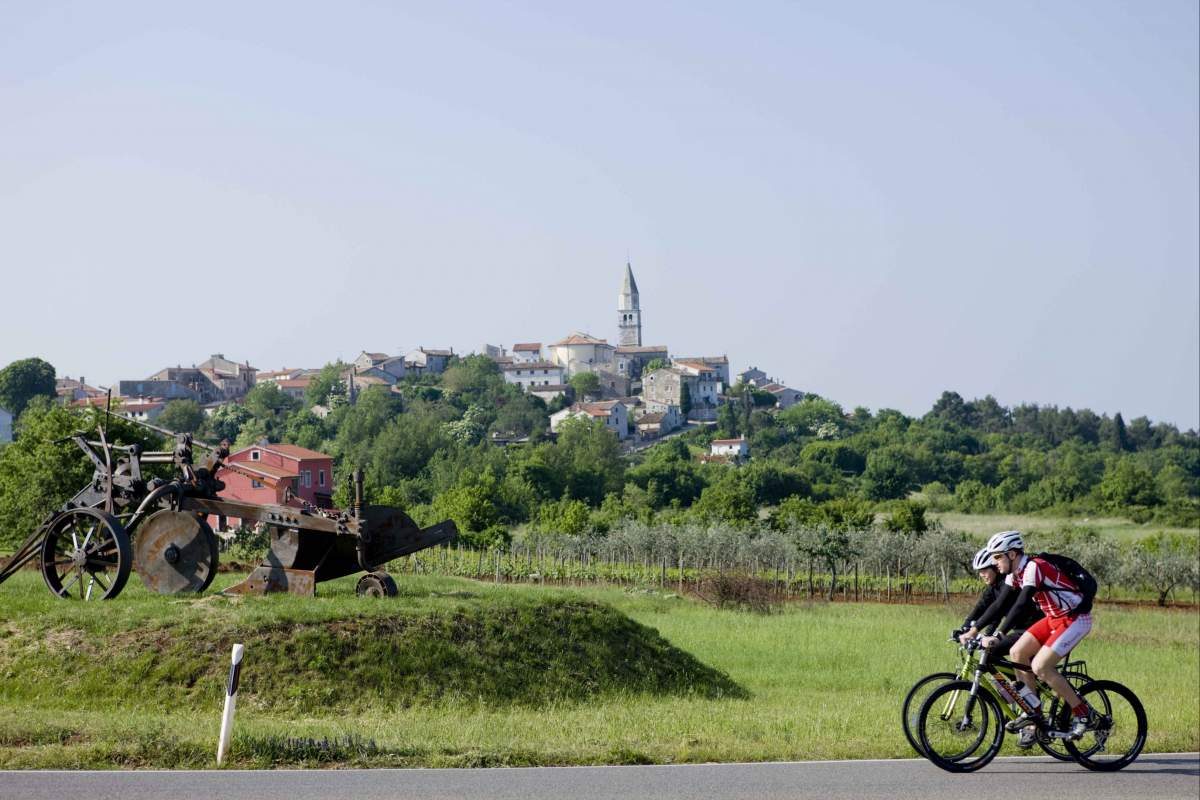 Biker’s passion consists of number of different pleasures, one of them being the unique sense of closeness to the countrryside one is riding through. And from the biker’s perspective surroundings look like a series of idylliclandscape sketches that take the observer’s breath away from the observer, enchanting him with loveliness, colours and diversity.

On both biking trails you’ll be riding by olive groves, vineyards, trough cultivated park-forests, undisturbed lush Mediterranean vegetation whose seet smell fills yoour nostrils and your lungs. And te shoreline is never far: it is usually hard to say where the green descends into blue. But when the trail takes you from the sea, that’s when the adventure starts – the inland has preserved the charm and beauty of a chy Cinderella.

Just wait to se the cave Baredine! The nature that was obviously acting in our favour granted us generously. Following the trail of former Parenzana railway you will be passing trough a part of Istra that for decades was inaccessible even to the hikers. Passing some 50 kilometers you won’t feel dizzy out of exhaustion but out of impressions. Biker’s trails in Poreč surroundings abond not only in outstanding natural beauties but also in traces of passed times perpetuated in cultural monuments. You don’t have to enter none of the numberless churches on your way – just a glance is enough to enjoy them all built as sculptures in the landscape.

Medieval towns, all protected cultural monuments, stand on hill tops as if they were some kind of strange hill caps, and each one of them will fascinate you with its special charm. Do not miss the view on the remains of Dvigrad, destroyed amazing twin city. You won’t suffer neither hunger nor thirst on your trail. There are lots of taverns, inns and resturants that will take care of it. There’s at least one such place in each bigger village and in all of them an exquisite kome-made food and wine will be offered to you. But be modest since it’s not hard to overdo when so much good is offered.